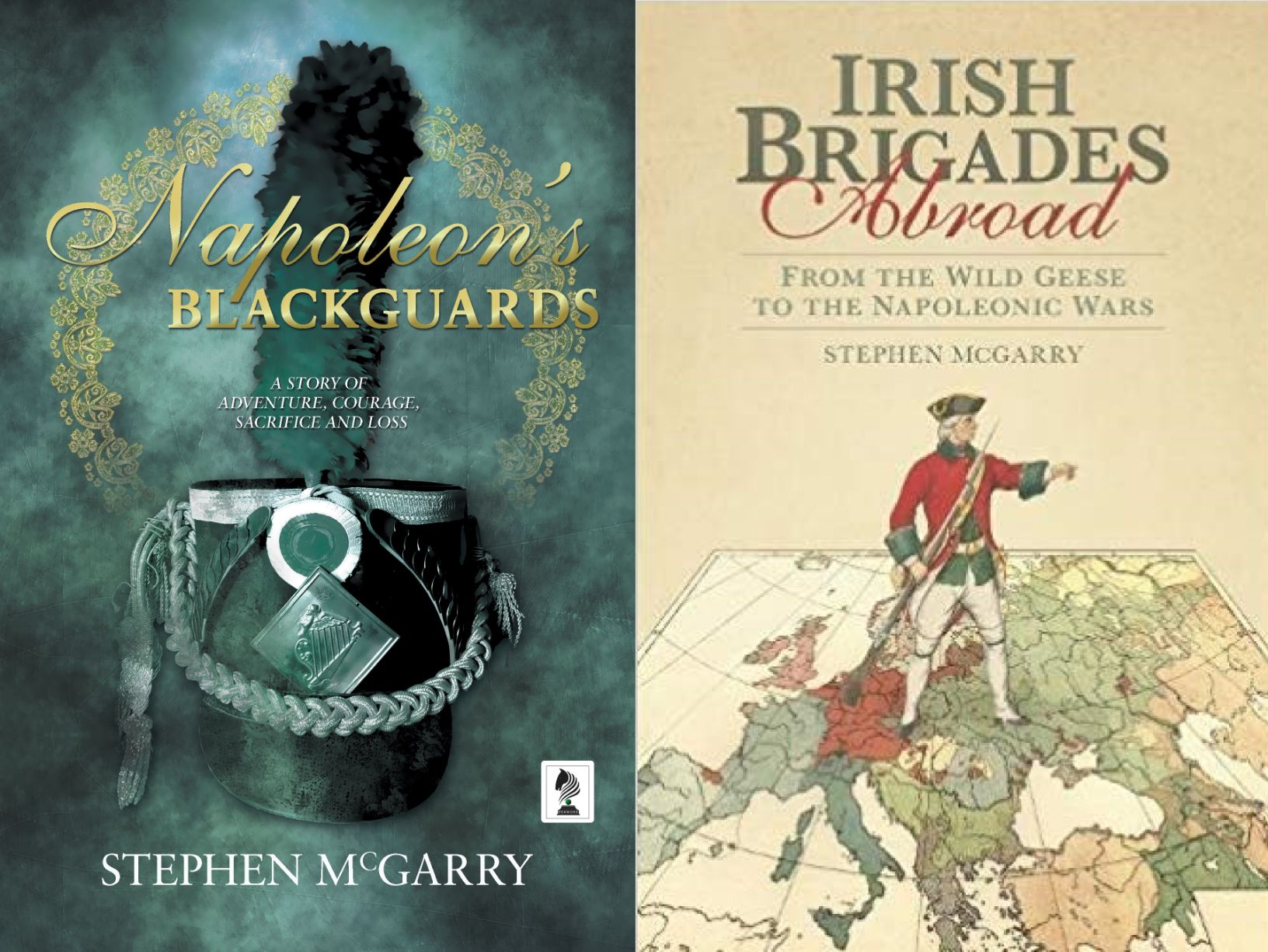 Thanks for visiting my author site! I've always been fascinated with history, particularly Irish history. This interest was kindled when I was living in Belgium in the '90's, as it was from here that I explored the Continent's long and rich connection with Ireland. This led to my fascination with the story of the 'forgotten' Irish diaspora - fondly known as the ‘Wild Geese’ - who fought for Spain, Russia and Austria, but in particular for France, in many of the defining battles in the 18th, and in the early 19th century under Napoleon.

This obsessive interest (sorry as I can't think of any other words to describe it!) led to the publication of the story of the Wild Geese, Irish Brigades Abroad, from the Wild Geese to the Napoleonic Wars (2013), which took me many years of research and I was delighted when it was so well-received and chosen as one of The Irish Times Best Books of 2014.  For many years, I aspired to write a novel set during the Napoleonic Wars, drawing inspiration from the likes of Bernard Cornwell’s, C.S. Forester ‘s and Patrick O'Brian's Napoleonic novels. However, there were to be key differences. I saw that there was an interest and a real demand for a book to be written - not from the British - but from the French point of view. I knew that readers were tired of the old formula, of the infallible hero-protagonist, who was invariably always portrayed as either a British soldier, sailor, or cavalryman fighting the dastardly French!

This also gave me an opportunity to show-boat the splendor of Napoleon's Grand Army. I also wanted to vividly portray the fragility of my novel’s protagonist. James Ryan is, in many ways, an ordinary man living in an extraordinary time, but he is pushed to his limits. He is suffering from Post Traumatic Stress Disorder, this medical condition wasn't recognized as such until later on in the century. He is obsessed in his quest to catch up with the British officer who killed his family following the 1798 Irish Rebellion. Along the way, Ryan has to fight a series of duels, is captured and tortured by the Spanish guerrillas and has to lead a mission to retrieve the Irish battalion's cherished battle-standard eagle, but I can't give too much away at this stage!

This culminated in Napoleon's Blackguards, my first foray into historical fiction, which is based on the adventures of Napoleon's Irish Legion, an actual regiment in the French army. It was an obvious choice. I live with my Belgian wife, three teenage children and dog, at the foot of the Dublin Mountains, where I write, and enjoy long walks when I can.